Have You Been Charged with a DUID?

A person may be charged with driving under the influence of drugs (DUID), if an officer suspects they are impaired by drugs and/or alcohol. The effect of prescription drugs, illicit substances, and over-the-counter medication may lead to a person being charged with DUID. Unlike alcohol, there is no per se limit for DUID. The Colorado per se law states that it is illegal to operate a motor vehicle if the driver has a BAC of 0.05% for a DWAI, and 0.08% for a DUI. However, there is not a set number for blood or urine tests in relation to DUID cases. An individual may also face DUID charges if they refuse to take a chemical test when a police officer suspects the driver of operating a motor vehicle while under the influence of drugs. If you have been charged with DUID, and wish to hire an experienced DUI lawyer, please call the office of Reliance Legal Services, LLC.

Criminal courts do not differentiate DUI charge based on alcohol or drug consumption. Since a person is still considered under the influence, penalties for DUID charge are the same as if a person was charged with DUI. If a police officer fails to charge someone with DUI or DWAI, they may charge a suspect with DUID. Since many police officers are not properly trained in recognizing DUID cases, drug recognition evaluators may be asked to perform certain tests that may determine drug impairment. Even if a blood test shows that certain drugs were in a person’s blood stream, a toxicologist or expert witness may not be able to prove that said individual in question was impaired by the drugs at the time of their arrest.

Although DUID cases are difficult to prove in a court of law, our firm advises clients to seek legal assistance for their DUID case. We will do our best to ensure that your case is dropped, or your charges are reduced to minimal fines and consequences. If you wish to hire our DUI attorney, or have any questions or concerns about DUID cases in Colorado, please feel free to contact Reliance Legal Services, LLC today! 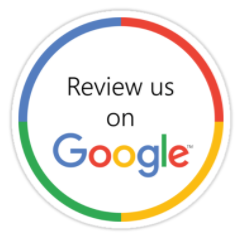