Many people have standard questions regarding DUI’s and similar traffic offenses. Please feel free to use this page to answer some questions you may have. 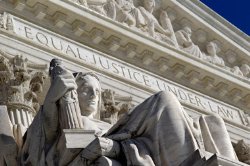 What is the difference between a DUI and a DWAI?

If you are stopped and arrested for a drinking and driving violation and you take either a blood or breath test, those results will normally dictate whether you will initially be charged with a DUI or a DWAI. A DUI, driving under the influence, means you were driving a vehicle when you had consumed alcohol or drugs or both and you were affected to a degree that you were substantially incapable of safely operating the vehicle. A person initially charged with DUI usually has a BAC of over 0.08. This is a 12-point driving offense. If you accumulate 12 or more points against your driver’s license in a 12-month period, the Department of Motor Vehicles (DMV) will likely suspend your license. There are some exceptions, which is why you should discuss the particular facts of your case with an attorney.

A DWAI, driving while ability impaired, means you were driving a vehicle when you had consumed alcohol or drugs or both, in which you were affected to the slightest degree so that you were less able than a sober person would be to operate a vehicle. A person initially charged with DWAI usually has a BAC over 0.05, but less then 0.08. This is an 8-point driving offense. if this, is a first offense and you have no other points against your license when you receive your ticket for a DWAI, you will likely not lose your driver’s license.

If you are stopped and suspected of driving under the influence of drugs (DUID) and the officer believes he has the right to arrest you for this crime, he or she has the right to ask you to submit to a blood or urine test. Drivers suspected of DUID are not reported to the DMV, so first time offenders generally will not lose their driver’s license. There are some exceptions, which is why you should discuss the particular facts of your case with an attorney.

People who are initially charged with DUI or DUID may end up plea-bargaining the charges. It depends on the strength of the state’s case against you. The negotiations process is best handled by an experienced attorney who is familiar the policies of the individual district attorney’s offices throughout the state. Each county district attorney’s office has a unique policy for plea-bargaining DUI/DUID cases. Reliance Legal has handled hundreds of cases in most of the jurisdictions listed on its website. We are familiar with each office’s polices and the deputy district attorneys who handle the plea negotiations. 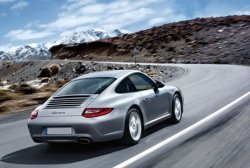 What will happen with my driver’s lincese?

Many people are confused about the driver’s license revocation process. The criminal courts do not revoke your driver’s license. Only the DMV has that authority. During the life of your DUI case, this will be your first stop.

Once you have requested a hearing, the DMV will set a date for your hearing within 3 to 4 weeks of your request. If you have hired an attorney, they typically handle this hearing for you and your attendance is optional.

There are also revocations that take affect when someone is convicted of a DUI, DUID, or DWAI. The revocations are unique to each individual, so the advice of an attorney is necessary to determine the specific duration and type of revocation that may occur.

What can I expect from the courts?

The job of the court is to prosecute you as a criminal for breaking the law. If you are found guilty of any drinking and driving offense, unless you have several convictions for drinking and driving offenses (or other major traffic offenses), you will have a misdemeanor on your record. This misdemeanor cannot be expunged in Colorado. This law may be different in other states.

The court process has a few steps: First, your attorney will negotiate with the DA to see if the charges can be reduced or dropped. This may take a couple of visits to the courthouse. These meetings are referred to as pre-trial conferences or disposition hearings. If an agreement is reached, i.e., you are willing to accept an offer made by the DA, then you will enter a plea of guilty and be sentenced.

If you decide not to take the offer of the DA, your attorney may suggest setting your case for a suppression hearing. This hearing is usually a prelude to a jury trial. Sometimes cases get dismissed after a motions hearing. If the case is not dismissed, the final step is a jury trial.

In Colorado, jury trials are tried in front of a jury of 6 people. DUI trials last 1 to 2 days, depending on the complexity of the case. If you are found not guilty, no conviction will ever show up on your record, and this will be the final phase of your case. If you are found guilty, most cases will be set for a separate sentencing hearing. 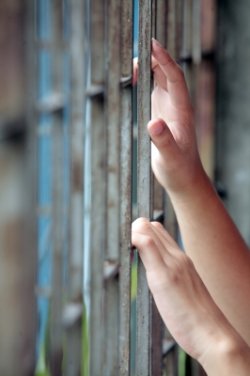 What kind of sentence can I expect?

If you are a first-time offender, whether you plead guilty to a DUI, DUID or a DWAI, you can expect your sentence to consist of the following elements: Useful Public Service (UPS), Alcohol Education and Therapy, Probation, Fines and Costs. Jail time can also be imposed depending on your circumstances. For example, if your BAC exceeded 0.20, there is a mandatory minimum jail sentence of 10 days. Depending on the judge, he or she may allow you serve this time on In Home Detention (IHD) or work release.

Useful public service: The judge will determine the number of hours of public service you must complete. You can complete your service in your own community. It need not be completed in the county where you were convicted.

Alcohol education and therapy: There are three reasons for taking alcohol education and therapy. (1) If your BAC exceeded 0.170, the DMV will require you to enroll in Level II alcohol education before they will reinstate your driver’s license. (2) When it comes to sentencing, judges often look favorably on defendant’s who are proactive about stopping or modifying the behavior that led to their arrest. (3) The probation department will almost always recommend some level of alcohol education for anyone convicted of a drinking and driving violation. If you need additional information about alcohol education classes in your area, please review this nation-wide link. http://findtreatment.samhsa.gov/TreatmentLocator.

Probation: All convictions for DUI, DWAI, or DUID, include a minimum of one year and up to 3 years of probation. It is becoming common for probation to include monitored sobriety (random UAs, random BAs, transdermal alcohol detection devices, etc.). Abstaining from alcohol and drugs, including medical marijuana, is a condition of all probation sentences. 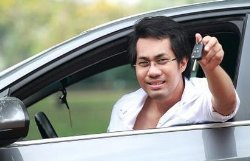 How do I get my driver’s license back?

The DMV requires you to reinstate your driver’s license by mail. You must notify your insurance company and ask for an SR-22 form (if you are a Colorado resident), which they will then mail to the DMV on your behalf. You will also need to complete a few additional forms, and mail those forms, along with a check for $95, to the DMV. Reliance Legal Services will help you fill out the appropriate forms and get you back on the road as quickly as possible.