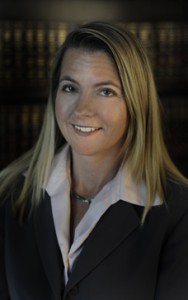 Heidi graduated from the University of Denver College of Law in 1999. Admitted to the Colorado Bar the following year, Heidi began her legal career working for a prestigious city and land use planning and design firm in Denver, and then joined a law firm practicing municipal and special district law. After 6 years of practice, Heidi took a 2-year sabbatical involving travel abroad, and then returned to Colorado to found Reliance Legal Services, dedicating herself to the defense of the most common arrestable offense in the State of Colorado– DUI.

Heidi founded Reliance Legal with the goal of providing quality representation through extensive education and focus on DUI and the technology underlying the field sobriety and chemical tests associated with DUI arrests. She believed that while many attorneys could handle a DUI case, without the specialized knowledge of the industry, such representation would be lacking and would deprive defendants of the zealous representation they deserved. To that end, she has spent the last 5 years solely dedicated to this area of law and educating herself so that she can provide the highest quality and the most thorough representation possible to her clients.

NCDD is the leading professional organization for attorneys who focus their practice on DUI and DUID defense. NCDD provides top-rated seminars on topics related to defending drivers found to be under the influence of alcohol or drugs.

CCDB is a statewide association of attorneys dedicated to defending the rights of people accused of committing crimes. Its members network to provide the most comprehensive understanding of all aspects of Colorado’s criminal justice system.

The Colorado Bar Association provides top training to all attorneys in all fields throughout Colorado, including DUI, DUID, DMV, and many other legal practice areas. 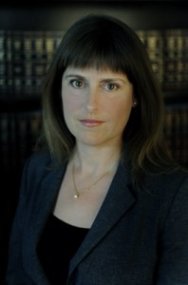 Jenna has been litigating criminal defense cases for nearly 13 years. She graduated from the University of Denver College of Law in 1999 and subsequently began her career in criminal defense at the Colorado State Public Defender’s Office where she skillfully handled more than two hundred and fifty criminal cases at a time on a regular basis.

Two years later, Jennifer launched her private practice, where she was able to dedicate the necessary time, resources and attention to detail to give each client’s case the scrutiny, insight, analysis and zealous advocacy that is often crucial to understanding the uniqueness of each situation and case and litigating with a triumphant outcome.

Jennifer has successfully handled a myriad of diverse cases, with particular focus on misdemeanors and felonies involving allegations of assault, domestic abuse, weapons, theft, drug charges and DUI and DUID.

Jennifer has an extraordinary ability to unravel cases from many perspectives, to unearth errors and omissions in the prosecution’s case, and to effectively convey the perspective of the accused to prosecutors, judges, and juries.